In cooperation with the Tunisian Ministry of Trade and Export Development and the Export Promotion Center (CEPEX), GIZ is implementing a project aimed at promoting exports to sub-Saharan markets. The PEMA project is implemented under the mandate of the German Federal Ministry for Economic Cooperation and Development (BMZ), and supports the Tunisian authorities in improving access to new export markets in Africa with a focus on Tunisian small and medium-sized enterprises (SMEs).

With an average economic growth rate of 7% and rapidly increasing purchasing power, sub-Saharan Africa presents enormous investment potential for Tunisian companies. Despite this, only around 10% of all Tunisian exports go to the African continent. For the most part, Tunisia’s main exported products have not changed for more than twenty years, which can be explained in particular by a strong orientation towards the European market.

The Tunisian government has realized the potential of African markets that intends to step up exports and investments in the years to come. Intra-African trade agreements, such as the Common Market for Eastern and Southern Africa (COMESA) and the African Continental Free Trade Area (AfCFTA), have real potential for a lasting improvement of access to sub-Saharan African markets for Tunisian exporting companies.

The PEMA project operates at the level of state institutions, export support structures and the companies concerned to support capacity development at all levels.

During the first phase, several companies from the agri-food, construction, health, and Information and Communication Technologies (ICT) sectors joined forces in export consortia with the support of the project as well as of the Deloitte Conseil firm. The goal of these consortia is to jointly conquer new markets in Africa and develop export strategies to five African target markets: Cameroon, Côte d'Ivoire, DR Congo, Kenya, and Nigeria.

Together with CEPEX, the Ministry of  Trade and Export Development, regional chambers of commerce, business federations, and specialist consulting firms, the project team also created the “Think Africa” export network. This platform disseminates market opportunities to Tunisian companies and coordinates the information, advice, and support services offered by its various members. The project has also trained advisers and is supporting the institutionalization of a network of consultants capable of supporting small businesses and specializing in accessing African markets.

In order to improve the conditions governing trade between Tunisia and the target African markets, the project team also supports representatives of the Ministry of Trade and other government institutions so as to consolidate their capacities to negotiate, apply and monitor regional trade agreements. Thus, Tunisia's regional integration is strengthened, trade barriers will be dismantled and export opportunities for Tunisian companies improved. Initially, the PEMA project focused on improving intergovernmental coordination between public actors. To facilitate communication, the project notably initiated the development of this website and a mobile application to digitize access to information and coordination between the various public actors involved in the negotiations.

For more information on GIZ and the PEMA project please see the following links: https://www.giz.de/en/worldwide/60552.html 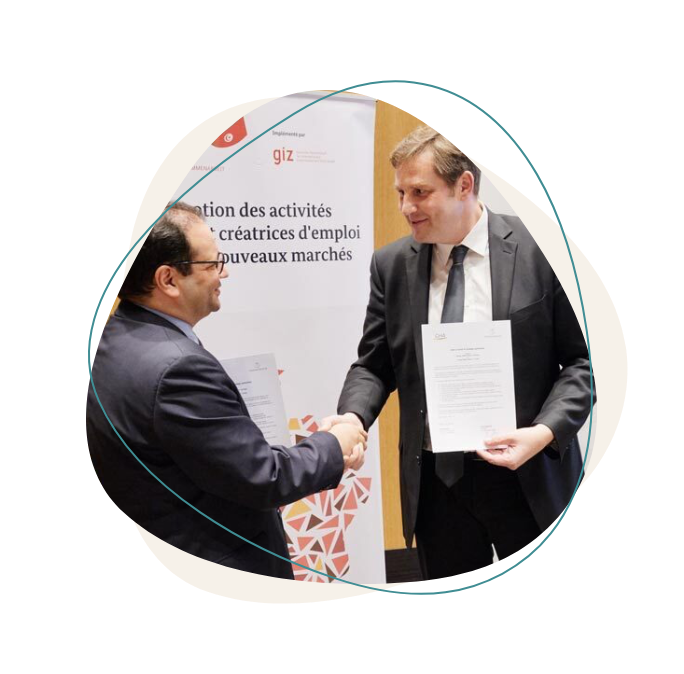